This article is about the archipelago in the Gulf of Tomini. For one of the islands comprising it, see Togean Island.

The Togian (or Togean) Islands are an archipelago of 56 islands and many offshore islets, situated in the Gulf of Tomini, off the coast of Central Sulawesi, in Indonesia. The largest islands are Batudaka, Togean, Talatako and Una-Una. There are 37 villages on the islands, with one settled by the Bajau people, more commonly known as the sea gypsies.

It takes determination to get to the Togean Islands – but it takes far more determination to leave. You’ll hop from one forested golden-beach island to the next, where hammocks are plentiful, worries scarce and the welcome genuine. Most islands have only a few family-run guesthouses, while popular Kadidiri has a small but lively beach scene with night-time bonfires and cold beers all around.

The rich diversity of marine life and astonishing coral formations are a magnet for divers and snorkellers; there are several professional scuba schools for training, courses and recreational dives. For truly spectacular diving, Una Una fits the bill perfectly.

On land, there’s a surprising variety of wildlife to look for in the undisturbed and wild jungles, as well as other remote beaches to find. Around seven ethnic groups share this region, but all are happy to see visitors and are exceptionally hospitable. 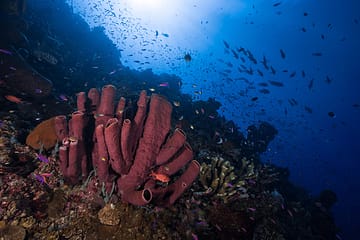 There are some places in the world that people don’t seem to know about, yet when you go there you can’t understand why. The Togians are such a place. Almost completely surrounded by the protective Read more…

Etymology The name Sulawesi possibly comes from the words sula (“island”) and besi (“iron”) and may refer to the historical export of iron from the rich Lake Matano iron deposits.[1] The name came into common Read more…